How to Challenge Unconscious Bias in the Recruitment Process

Keeping unconscious bias in check as a transport organisation

We all rely on unconscious patterns to help us make sense of the world. It’s human nature, and without assumption based on familiarity, we’d be rather lost. After all, no one automatically knows everything about everything!

To make decisions, we slot information into perceptions, interpretations, and preferences, based on our opinions, beliefs and experiences. How we process information is completely subjective. As such, it can be difficult to recognise when bias creeps in.

Imagine for a moment it’s a Tuesday afternoon and you’re queuing at a coffee shop for a quick pick-me-up. A woman, perhaps in her early thirties, stands at the till. A toddler hugging her legs. A baby brother in tow. She appears rather exhausted – a clue is the double espresso – and a little overwhelmed. What do you immediately – unconsciously – assume about her?

They’re the likeliest conclusions based on our unconscious, preconceived notions. But we don’t know that.

She could be on auntie duties for the day or picking a friend’s toddler up from pre-school after they were delayed in traffic. Perhaps she’s a c-suite executive at a start-up nearing the end of a 2-week holiday. She could be full-time at an organisation with a 4-day working week.

The eye-opener is that perceptions can be deceptive, and we have an obligation to be mindful of when those unintentional, but potentially harmful, interpretations crop up.

This is called unconscious bias – the automatic judgements we make based on influences such as personal experiences, societal stereotypes, and cultural context. Unconscious bias has been associated with career challenges for those from diverse backgrounds, and when left unchecked, can affect workplace inclusivity.

What are the benefits of unbiased and diverse workplaces?

A diverse workplace is a strong workplace. Businesses cannot thrive if everyone’s the same – often a result of unconscious bias influencing decisions about who’s a good fit. Yet studies have found that inclusive workplaces – where unconscious bias is actively checked – are better places to be, commercially and for colleagues.

Asides from it being a moral, social and legal obligation to ensure that bias isn’t affecting inclusivity, there is a strong commercial argument for resetting our biases. When searching for candidates to join your transport organisation, this means looking beyond the usual suspects and challenging those preconceptions.

How to challenge unconscious bias in transport recruitment

Does your transport organisation follow a tried-and-tested formula for recruiting its senior leaders? Changing this strategy may have a stronger appeal to the top-tier talent that will define and drive your path forward.

As the challenges transport faces become more novel and wide-reaching, breaking the mould is more important than ever. It may be that a type of candidate you’d never given much thought to – perhaps through unconscious bias – can make significant contributions to how you approach a modern problem.

To find these people and quell unconscious bias, recruit in a manner that speaks to the non-stereotypical. This can be as simple as how you market vacancies, how you word job descriptions and the interview process itself.

Developing a unique interview process, for example, may connect you with exceptional candidates you’d never even knew existed. Consider a flexible interview schedule using a shared calendar tool, and make sure to include plenty of times outside of business hours. Being able to interview during working hours is a privilege not afforded to all and more likely to affect those looking for a step up.

Using technology such as AI to review blind CVs via a recruitment portal has been suggested as a way of tackling unconscious bias. But a balance must be struck. There remains anxiety about algorithms deciding who fits, and who doesn’t. Make a point of human connection in your interview process – be vocal about its importance and develop tasks that focus on qualitative over quantitative output.

Another way to shake up your interview process is to personalise tasks. When we ask an incoming executive to evidence their skills through pitches, plans and analyses, the springboard is usually arbitrary. Consider directly bringing in their own experience or a current challenge in your organisation, so the candidate can understand exactly how they’d deliver value and get a taste for how their career could look.

Have diversity in your hiring panel

Giving voice and visibility to different perspectives can challenge unconscious bias in the moment, while also training our brains to think open-mindedly and fairly as a running default.

In the executive recruitment process, this could mean diversifying your panel to include a leader from a non-traditional or diverse background. Someone who not only challenges a preconception that could potentially qualify out a perfect candidate but can shake up or round out the recruitment process, to the benefit of your business. Two heads are better than one. But two heads with contrasting knowledge, experience and viewpoints are even better!

It is worth noting that it’s perfectly acceptable to include a more junior employee in this scenario if there’s no colleague of diverse background in your leadership team. In fact, it could be argued that opening this process up to a wider range of colleagues can bring a welcome new dimension to the conversation, while being a development tool for the diverse talent within your transport business.

Take the time to understand the full story

Challenging unconscious bias needs conscious effort. Sometimes, encouraging openness and being a curious listener will help you uncover the most promising, perfect-fit leader.

During the interview process, go out of your way to understand the candidate’s personality behind the CV – every single time. The most rewarding and insightful connections are made when we talk to people as people rather than job titles, career timelines or salary brackets. What are the little things that make them tick? What are their core beliefs? What makes them happiest in the world? What are they most proud of in their life?

Having these conversations makes it far more difficult to form biased first impressions and acts as a powerful reminder not just to keep unconscious bias in check during recruitment, but how much better off your business is for it.

Need advice about how to challenge unconscious bias and harness the power of diversity in your transport organisation? Intuitive can help. We’re proud to nurture a diverse talent network whereby at least 36% of new leaders are placed from a non-transport background.

As a team of varied backgrounds, ages, and experiences, we naturally have a broad range of perspectives and thrive on learning, and understanding, more deeply. Added to this, our working knowledge of Equality, Diversity and Inclusion and commitment to giving voice to diverse talent, mean’s we’re excellently placed to help you build more inclusive, well-rounded teams.

Get in touch with us today – we’d love to hear from you! WE would love to get to know you! How you can take your CV from a tell-all list to a marketing tool that increases your chance of securing an interview. 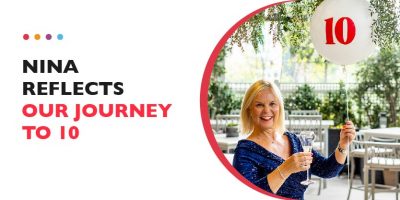 Founder and Director Nina Lockwood reflects on the last ten years of Intuitive and shares her thoughts on recruitment and the transport industry. Intuitive’s first decade has been magical. Here are the highlights, from bringing new faces into the sector to hosting a hit podcast and winning Executive Recruitment Agency of the Year.

2022 has certainly been a fantastic year for Intuitive. So to celebrate, we’ve packed our highlights into a short wrap-up video. 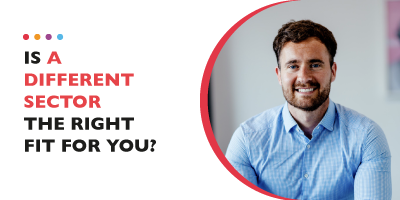 Read more
Infographic: Sector Switching – How to Figure out the Right Fit?

Could a different sector be a better fit for your career priorities and progression goals? This 7-step plan can help you decide. 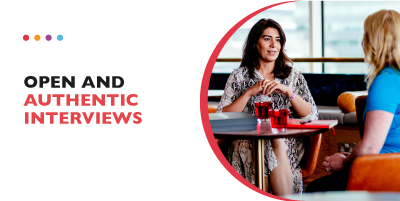 We share six steps for developing an interview approach that gets what you need from leadership candidate interviews, without relying on a script. 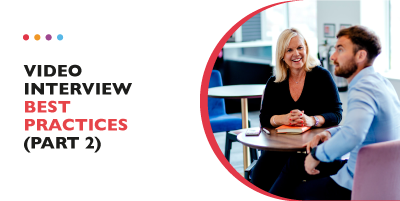 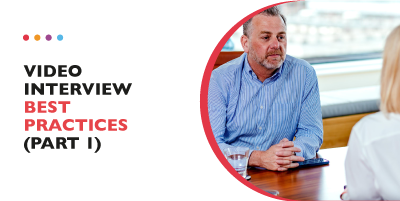 As video interviews have grown, so have expectations of how candidates use virtual tools. Here’s how to adapt your interview style for virtual spaces. 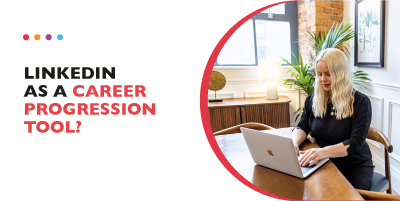 We share our tried-and-true seven-step strategy for making LinkedIn an irreplaceable tool in your career progression journey. 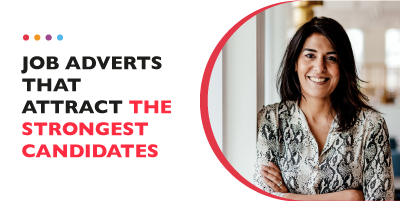 Read more
Hallmarks of Ads that Attract the Strongest Candidates 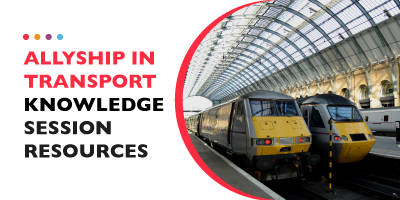 Missed our Allyship in Transport Knowledge Session? Catch up on the highlights or watch the full session here. 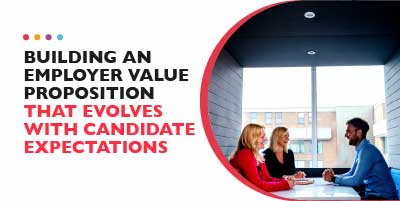 While you can’t predict what’s to come, adjusting your strategic approach with an evolving EVP can ensure it always delivers what matters. 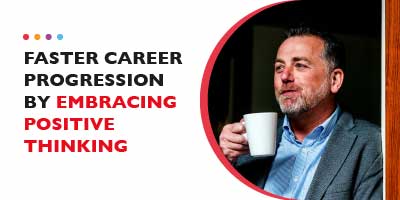 A positive attitude can be a real divider when it comes to professional success and can improve confidence, relationships and the speed at which you achieve your goals. 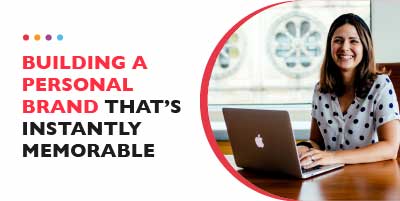 How do you curate a personal brand that’s true to you but still has career progression prowess? 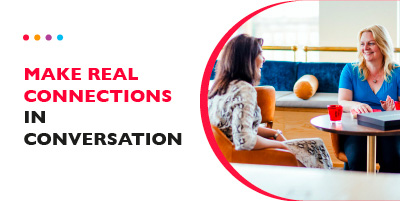 Read more
How To Have Authentic Conversations With Candidates

Authentic conversations help uncover the real person behind an impressive CV, and are paramount to matching the right candidate with the right enterprise. 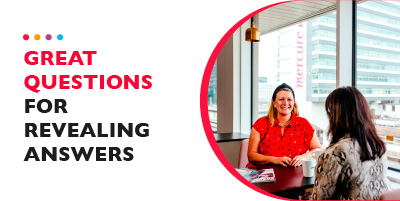 We share three fantastic questions that every transport leadership candidate should ask during the interview process. Revealing answers are guaranteed! 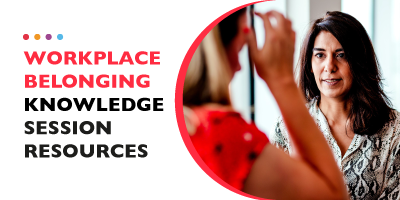 Missed our Workplace Belonging Knowledge Session? Catch up on the highlights and download our resources here. 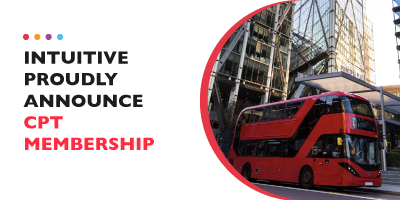 Intuitive will be teaming up with the CPT to connect bus and coach organisations with exceptional leadership professionals. 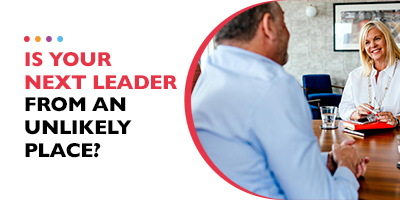 Read more
Ways to Identify Leadership Potential Outside Your Sector

How can your transport organisation tap into cross-sectoral talent and identify leadership potential? We explore strategies for finding talent and 5 specific characteristics to look for. 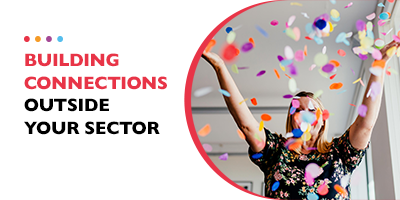 Read more
How Transport Can Be a Successful Force for Change

Why connecting with clients with candidates from outside of the transport sector is important and how it can benefit your organisation. We share 4 interesting advantages. 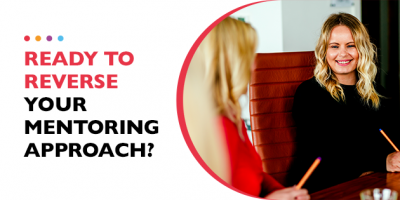 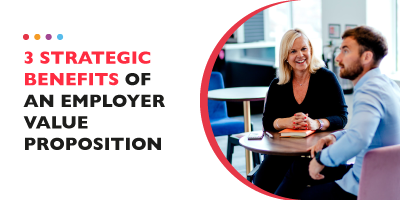 Putting your employer value proposition at the heart of your recruitment strategy can set you up for long and short term success. 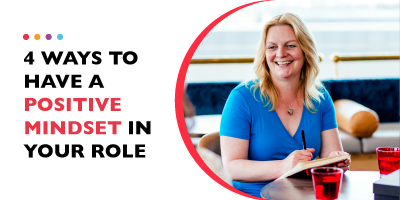 In the workplace and as a leader, a positive mindset is important not just for job satisfaction, but for being effective and driving change. 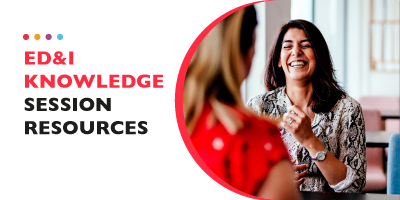 Practical resources to help you drive change and opportunity for diverse talent in transport. 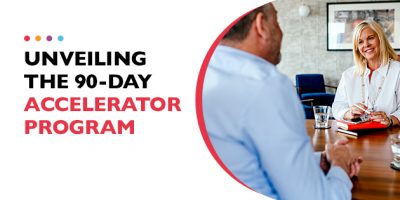 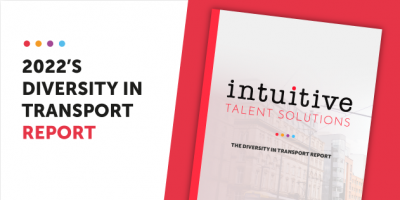 Learn how your Transport organisation can benefit from enhanced Diversity and Inclusion in its teams with our exclusive Diversity in Transport Report – the 2022 edition. 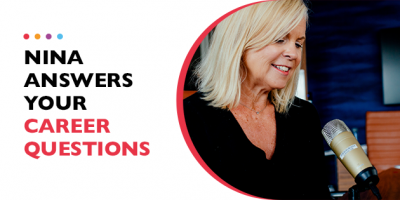 Nina recently featured on the Inspirational Women in Recruitment podcast, revealing her approach to attracting and engaging talent and more. 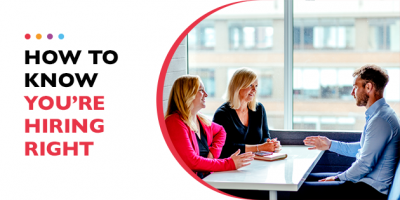 Read more
How to Match Transport Candidates Beyond the Job Description

Whether recruiting as an internal team or with a Talent Consultancy, our tips can help you match high-level roles with the best in transport. 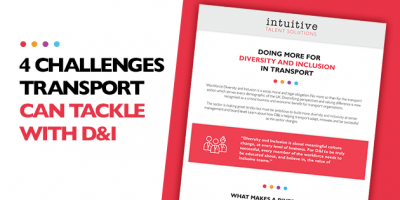 Diversity of thought, perspective and experience allows innovation to thrive, and for the best ideas to win. Discover how in our infographic. 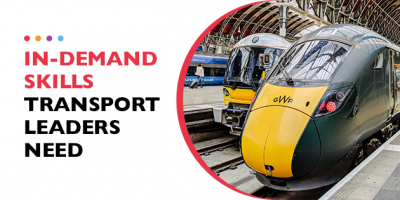 Discover the top five in-demand transferable skills relevant to high-level roles in the transport sector, based on feedback from our clients.